Governance Lab (GovLab), an initiative of Daayitwa Abhiyaan, is a platform to bring together experienced researchers, policy makers and other partners for sustainable development of Nepal.

The mission of GovLab is to create an ecosystem which influences research driven national policy, by conducting policy research, facilitating dialogues among various stake holders and sharing knowledge. GovLab also strives to be a platform for policy making researcher to exchange ideas and advocate for evidence based policy making in Nepal.

Dr. Pukar Malla has been leading parallel careers as a leadership coach, community organizer, and innovation specialist. As a Founder and Executive Chairperson of a leadership non-profit, Daayitwa, he has been organizing youth to lead innovative solutions in the government, business and civil society sectors.

As a Former Senior Research Fellow at the Center for Public Leadership at Harvard Kennedy School, he investigated and piloted frameworks for communities of innovations to lead change. As a Senior Innovation Policy Specialist at the World Bank, he supported Indian, Chinese and Ghanian governments to promote innovation and inclusive growth. Prior to that, he led technology designs at Intel, AMD, Silicon Graphics, and a Silicon Valley startup, and secured 2 US patents. He received his Bachelors from Swarthmore College, with a focus on engineering and economics. He spent 3 years at Cornell, attaining a MS/PhD in Electrical Engineering with a Minor in Business Management. He earned his MPA from Harvard Kennedy School. While at Harvard, he also led the university-wide Harvard Graduate Student Government as its elected President. 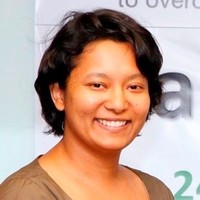 Nisha Onta, PhD is the Executive Director at Governance Lab. Nisha is a gender and climate change expert who has completed her PhD in Gender and Development Studies from the Asian institute of Technology, Thailand.

Her thesis title is “Gender and caste relations in climate change adaptation. The case of Burgaron village, Humla district, Nepal”. She was a recipient of NODARD fellowship in UNDP Human Development Academic Fellowship. She has been engaged in research in South Asian and South East Asia related to climate change adaptation, livelihood diversification and gender and climate change. She has also participated and presented papers in various climate change workshops and conferences, and is actively involved in gender and climate change scholar networks. She has also published papers and book reviews in peer reviewed journals. Nisha has been working as a Regional Coordinator for a women led INGO, WOCAN (Women Organizing for Change in Agriculture and NRM) since 2012. She is also the Secretary of her family foundation Iswer Raj and Sharada Onta Foundation. 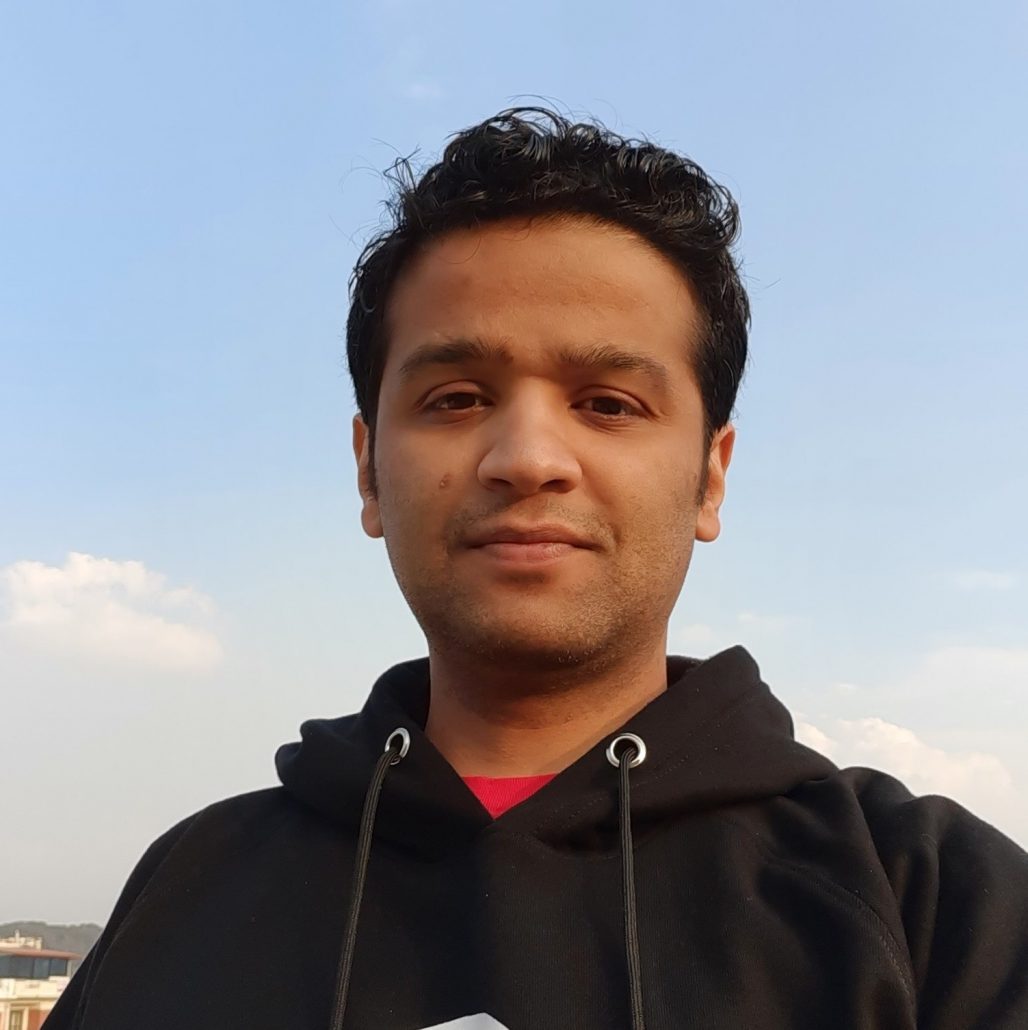 Prior to joining Governance Lab, he completed an MA in Experimental Psychology at The College of William & Mary in Virginia, and an MA in Quantitative Political Science at The University of Minnesota. Medha Joshi is the Research Manager at GovLab where she supports Research and Evidence for Nepal’s Teansition (RENT) project. Her research interests lie in the area of governance and accountability.

Prior to working at GovLab, she was working as a consultant at the World Bank facilitating the Agile Bank Evaluation survey to map out the management practices within units and staff experiences within the organization. She has also served as a Teach For Nepal Fellow teaching English to secondary school students in rural Lalitpur. 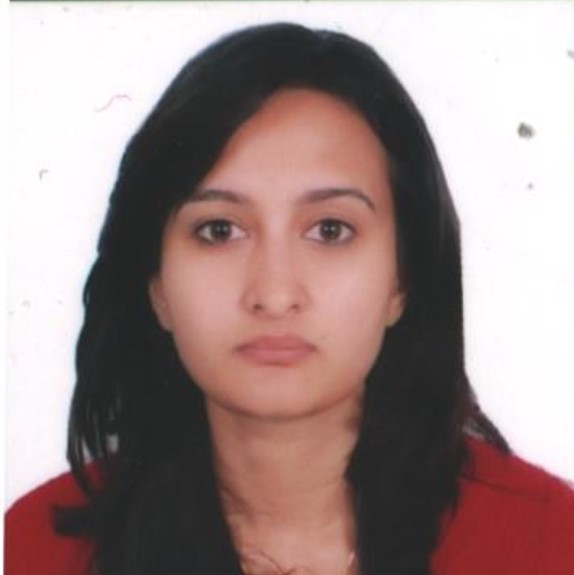 Elina Thapa holds MBA in Finance from Pokhara University. In addition to this, Elina is also training to become an ACCA certified professional accountant.

Immediately after her Bachelors degree in Development Finance from KU, Elina joined Depressor Nepal as an Accountant and Data Handling Assistant and spent 9 months working in Sindhupalchowk. After that, she was the Finance and Admin Officer at Yonder Music Nepal where she was a part of the core founding team and earned valuable experience working in a multinational team. Before joining GovLab, she was involved with Daayitwa as the Finance Officer. At present, Elina heads the finance team and is responsible for all matters related to Finance. 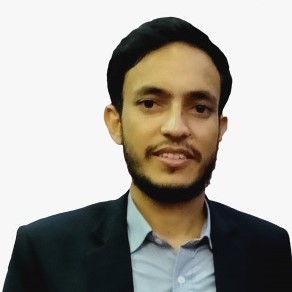 Chandra holds a Bachelor’s degree in Social Policy and Economics from the London School of Economics and Political Science.

Immediately after graduation, Chandra joined Daayitwa team as a Research Officer. At present, he is working as a Research Associate at the Governance Lab, working on Decentralization and Candidate Selection research.

Keshar Shahi is a recent graduate of New York University in Abu Dhabi where he majored in Economics and minored in Applied Mathematics.

Previously, he worked as a research intern  at INCITE, Columbia University where he studied how network affects financial outcomes of Sri Lankan female migrants in the Gulf. His senior year thesis is titled “Long Term Economic Outcomes of Nomadic Travel Routes in the Highland of Asia.” His research interests are Spatial Economics, Development Economics, and Public Policy.

Sajana Bista has 5 years’ experience in administration and accounts field. She has been working and helping to formulate daily basis work activities which helps the organization to fulfill its goals. 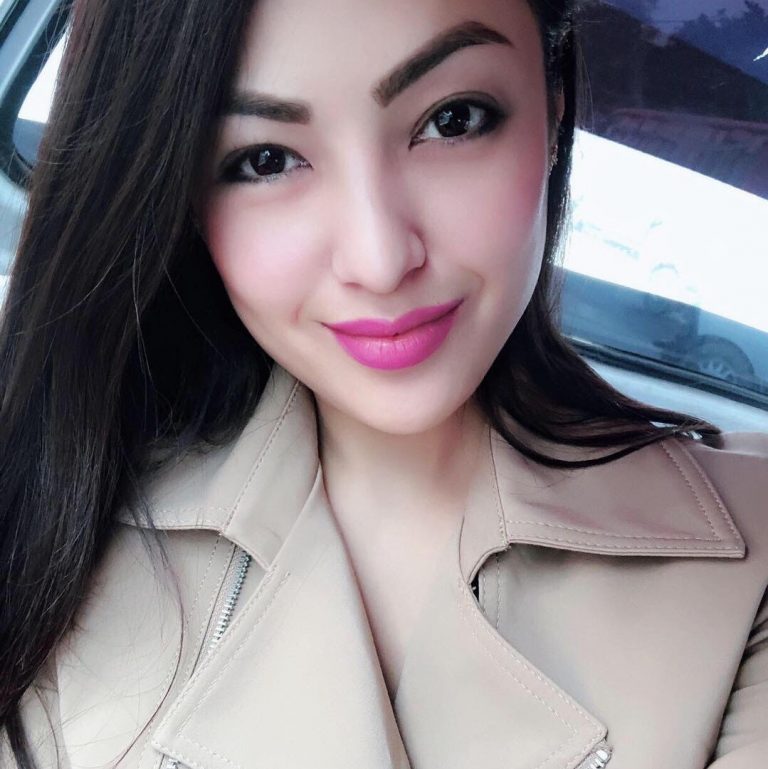 Jyoti Shrestha, a motivated and enthusiastic communications professional with several years’ experience in media, communications and public relations is a Communications Manager at Daayitwa Abhiyaan.

She had worked for national television and radio as a Senior Producer and Presenter for a decade long. Producing outreach and communication materials; formulating and implementing communication and branding strategies; coordinating with the media; researching and planning events have been part and parcel of her work responsibilities for over seven (7) years in the development sector. 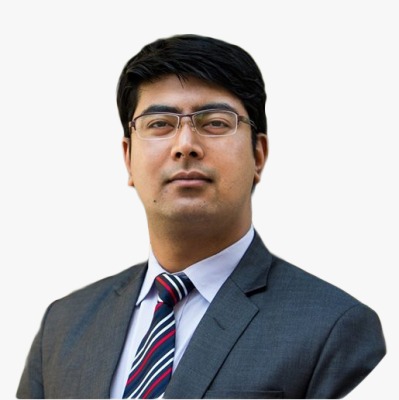 Prakat Khati is a lawyer and a public policy researcher based in Kathmandu, Nepal.

He graduated from Kathmandu School of Law with a specialization in Business and International Trade Law after which he served as a research intern at the International Crimes Tribunal in Bangladesh. Prakat held the Daayitwa Public Service Fellowship in 2017 where he worked with the Ministry of Industry in formulating strategies for encouraging women business owners to register their businesses.

Dr. Sujit Pandey is a researcher and consultant with interests primarily in entrepreneurship, firm competitiveness and human capital. He completed PhD from the NHH Norwegian School of Economics, Norway.

In his doctoral thesis, he studied the process of accumulation of human capital in new firms and the effect of human capital on their performance. He worked as a researcher at NHH and taught a course on international business there.
Over the past six years, Mr. Pandey has studied various facets of entrepreneurship ranging from how recessionary business environment affects entry and performance of new firms to the resources that give firms competitive advantage. He has also conducted research on the factors that are affecting the growth of micro and small enterprises in Nepal and potential policy solutions to address those impediments. Mr. Pandey has previously also worked in the financial sector, where he managed a credit
portfolio composed primarily of small and medium enterprises. Tenzing Namtse Lama is a former Research Manager at Governance Lab where she worked on the Decentralization and Candidate Selection and Research Evidence on Nepal’s Transition research projects.

Prior to this, she worked with the program in Global Surgery and Social Change at Harvard Medical School on evaluating a multi-partner  surgical system strengthening project in Tanzania as a data analyst on NIH-funded cohort studies and a clinical trial related to perinatal HIV at Columbia University Medical School. Tenzing holds an MPH in Health Policy and Management from Columbia University and a BA from Hamilton College.

Daayitwa envisions a thriving Nepal where all citizens embrace their responsibilities to collectively transform social challenges into innovative opportunities. Daayitwa aims to: 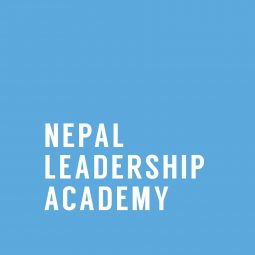 Nepal Leadership Academt (NLA) is a non-profit company established to help address the growing issue of leadership cries around the world.

NLA is a signature component of Daayitwa Abhiyaan, which envisions a resilient and thriving Nepal where all citizens embrace their responsibilities to collectively transform societal challenges into innovative opportunities. 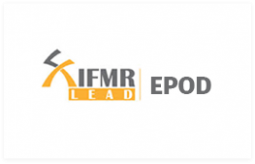 EPoD India at IFMR, a joint program by Evidence for Policy Design (EPoD) at Harvard Kennedy School and the Institute for Financial Management and Research (IFMR), works with policymakers and key partners in India and Nepal through an iterative process of policy design. It identify areas where research and data can make the greatest difference to policy, then engage in a process of designing, testing, and refining solutions to problems.

Want to make a difference?

To design and conduct policy research for sustainable development of Nepal